Merida is a company that produces equipment and hygiene products. We've already presented the Use Case of warehouse automation, and in today's article we'll take a closer look at the following:

Our discussions with Merida and analysis helped us to detail the main objectives and goals of the warehouse automation project:

How has it been so far?

Orders in Merida are divided into two parts: bulky products and general cargo. Bulky items are easy to pick, but small items pose the most problems, and this is the area that was analysed.

The racks were divided into two zones. The upper zone (located above 2 m) was a pallet storage area where inventory was stored. The lower zone (below 2 m) was the place for trays and containers where products were distributed. The next stage was picking thanks to the picker according to the order placed.

Every now and then the products in the lower zone were replenished. This consisted of removing the pallet with supplies from the top, finding the missing items and replenishing them. Sometimes it so happened that the shortages in the lower zone were not replenished on time, which caused downtime during the picking and reorganization of the work because of the need to pull off the top of the pallet and find the needed elements.

The picker was not equipped with the right tools to retrieve and replenish pallets, which required an additional person with a forklift and access to the system to record the replenishment in WMS/ERP.

What were the plans to optimize the storage and picking process?

Merida, in order to increase the work efficiency and optimize the storage space, wanted to use a 4 level mezzanine with shelving racks, where all small goods would be stored, both those for current operations and the stock that was previously stored on pallets.

The use of a warehouse mezzanine is a standard solution in such situations, but it creates some inconveniences.

A suggestion for warehouse automation from LoopStore

Bearing in mind all of Merida's needs and requirements, we proposed the installation of an automated warehouse with a height of 7 m and a length of 15 m. Its total capacity is 650 containers with dimensions 600x400x320 and a maximum load of 25 kg. In order to use the capacity efficiently, each container can be divided into 6 parts, which allows for the storage of up to 6 different products - SKUs per container. This solution eliminates occupying a location with unfilled containers.

The principle of the BOxSS system is to deliver goods to a person (to the GTM station). From one place (at the GTM station) picking and supplying the warehouse takes place. The time of delivery of the container to the station is at most 60 s.

The system allows for consolidation of orders, making picking even more optimized and the whole system more efficient. The project was equipped with containers with lids. This solution reduced the sprinkler system by 70%, which directly translated into return on investment - ROI. 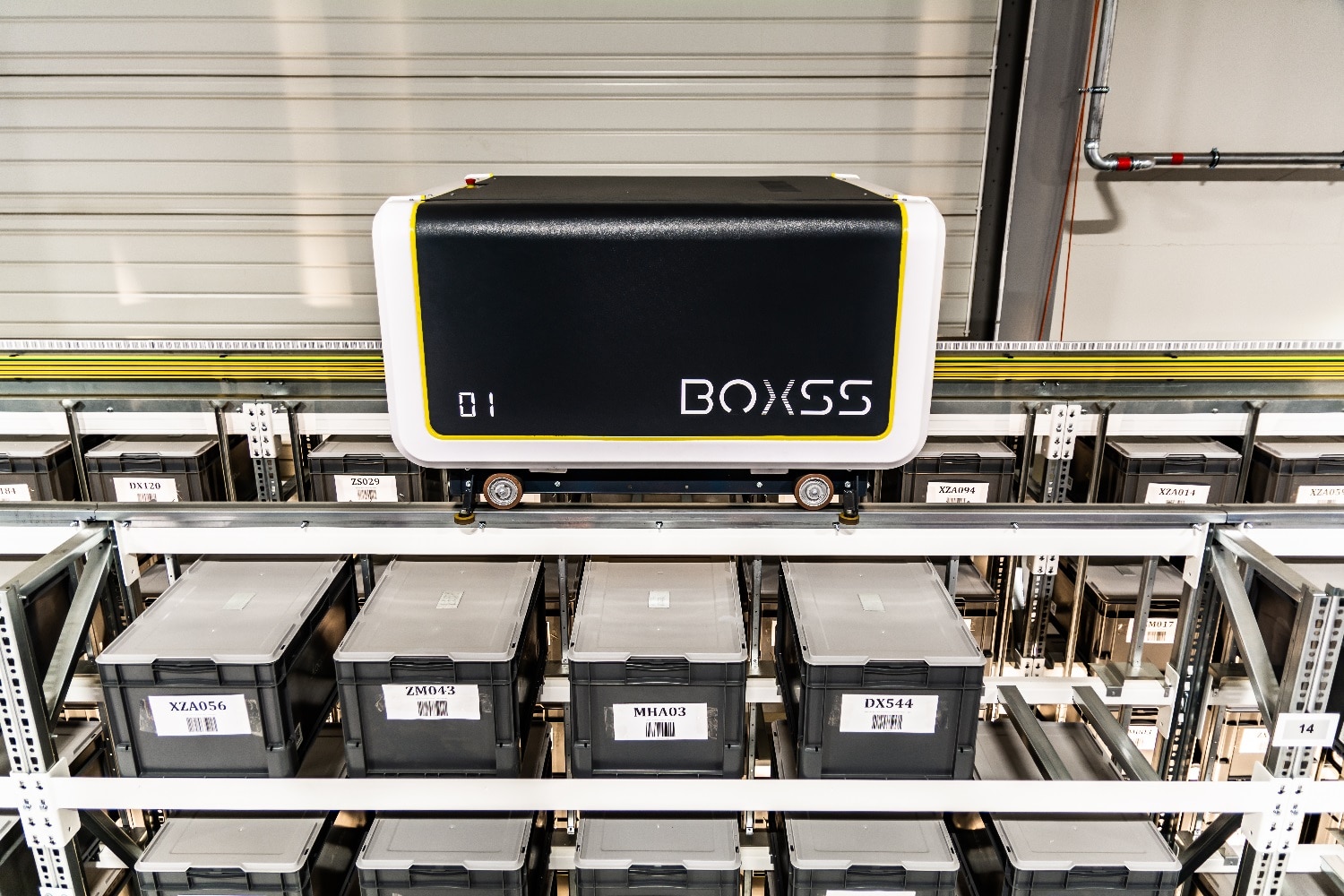 Introducing new goods does not force operators to "remember" subsequent locations with products. After six months of the BOxSS system operation, another benefit unexpected by the customer has appeared. The frequent rotation of employees does not cause a big problem, because there is no need for pickers to learn the location of goods. This significantly shortens the training process and allows the new operator to become fully effective more quickly.